Think You Know When DNA was Discovered? You Might be Surprised

You’ve likely heard of PCR testing, as those three letters have been used a lot in the media in recent months with regard to COVID-19 tests. But what is PCR and how does it benefit those of us in the seed world?

The discovery of DNA happened a very long time ago, much earlier than we often think. It’s commonly believed that American biologist James Watson and English physicist Francis Crick discovered DNA in the 1950s. Actually, DNA was first identified in 1869 by Swiss chemist Friedrich Miescher.

What Watson and Crick did in 1952 was discover that the DNA molecule exists in the form of a three-dimensional double helix. This was a major find, as it paved the way for new testing that led to what we know today polymerase chain reaction (PCR), developed in the 1980s.

Sometimes called “molecular photocopying,” PCR is a fast and inexpensive technique used to copy small segments of DNA. Because significant amounts of a sample of DNA are necessary for molecular and genetic analyses, using a single piece of DNA to get results is virtually impossible. You need to make many copies of it first. 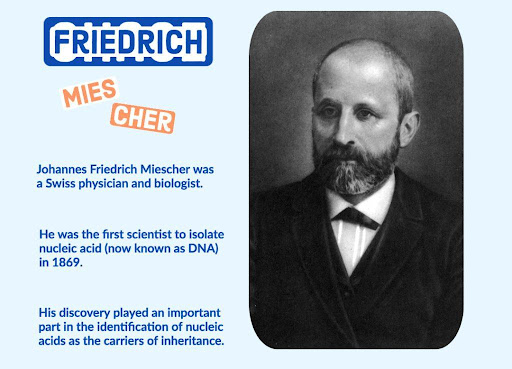 To copy DNA using PCR, the sample is first heated and then separates. Next, an enzyme is used to build two new strands of DNA, which results in the duplication of the original DNA, with each of the new molecules containing one old and one new strand of DNA. Each of these strands can be used to create millions of exact copies of the original DNA segment.

PCR testing, in a nutshell, helps your bottom line due to the speed at which we can generate results. Whether you want to detect a trait like glyphosate tolerance or want to know whether you bred a gene into a seed correctly, we can detect exactly what you want and have the result as early as the next day.

Of course, PCR is evolving. It’s becoming faster all the time, and able to do more things. We have developed a PCR-based test for soybean cyst nematode and blackleg. With the latter, we will be able to actually determine the race of blackleg on a sample of canola stubble. Your customers can then match seed resistance to that exact blackleg race, giving them the potential to prevent further infection.

If the topic of PCR comes up in conversation this week, don’t hesitate to educate others about the wonders of this amazing technology, and how it all first began way back when John A. Macdonald was prime minister.

For more on this topic visit:

This article was originally published in Germination magazine. Read the latest news in the Canadian and international seed industry at Germination.

Congratulations to the Photo Contest Winners! DNA-based Testing of Fusarium graminearum is Recommended This Winter and Spring

Why Our New Greenhouse Creates New Possibilities in Seed Testing

From Our Lab to Your Field!

Subscribe to our e-newsletter to receive updates on industry and lab announcements, recommended testing services, agronomy tips, and more!

Please use our our ‘3-Step Process’ when submitting samples to be tested.

Select Your Testing and Enter Your Sample Details

Ship or Drop Off Your Sample To Our Lab

We provide testing on seeds, plants and soil. Select the type of sample below that you are submitting for sample collection instructions.

STEP 2: Select Your Testing and Enter Your Sample Details

Select the testing services you will require from the pricing schedule below, then choose how you want submit your sample:

Option 2:
Write Your customer number and sample details on the sample bag and prepare the sample for shipping or drop-off.

STEP 3: Ship or Drop Off Your Sample to Our Lab

After Hours Drop Off

There is a locked and secure after hours drop off box in front of both the Nisku, Alberta and Winnipeg, Manitoba 20/20 Seed Labs offices. Please leave your samples in the drop off box if you are dropping off a sample on the weekends, a statutory holiday, or after 4:30 p.m. on a weekday.

Down to Earth Labs

STEP 3: Ship or Drop Off Your Sample to Our Lab

After Hours Drop Off

There is a locked and secure after hours drop off box in front of both the Nisku, Alberta and Winnipeg, Manitoba 20/20 Seed Labs offices. Please leave your samples in the drop off box if you are dropping off a sample on the weekends, a statutory holiday, or after 4:30 p.m. on a weekday.

Down to Earth Labs