What Causes Clubroot in Canola?

What Causes Clubroot in Canola?

By 20/20 Seed Labs | Molecular Laboratory, Tech Bulletins, Tests for Common Diseases | Comments are Closed | 10 May, 2017 | 8
print
Clubroot in canola is caused by Plasmodiophora brassicae, a parasite that infects the roots of host plants and produces club-shaped galls that restrict the flow of water and nutrients. Plasmodiophora brassicae is an obligate parasite, meaning it cannot survive without a living host. 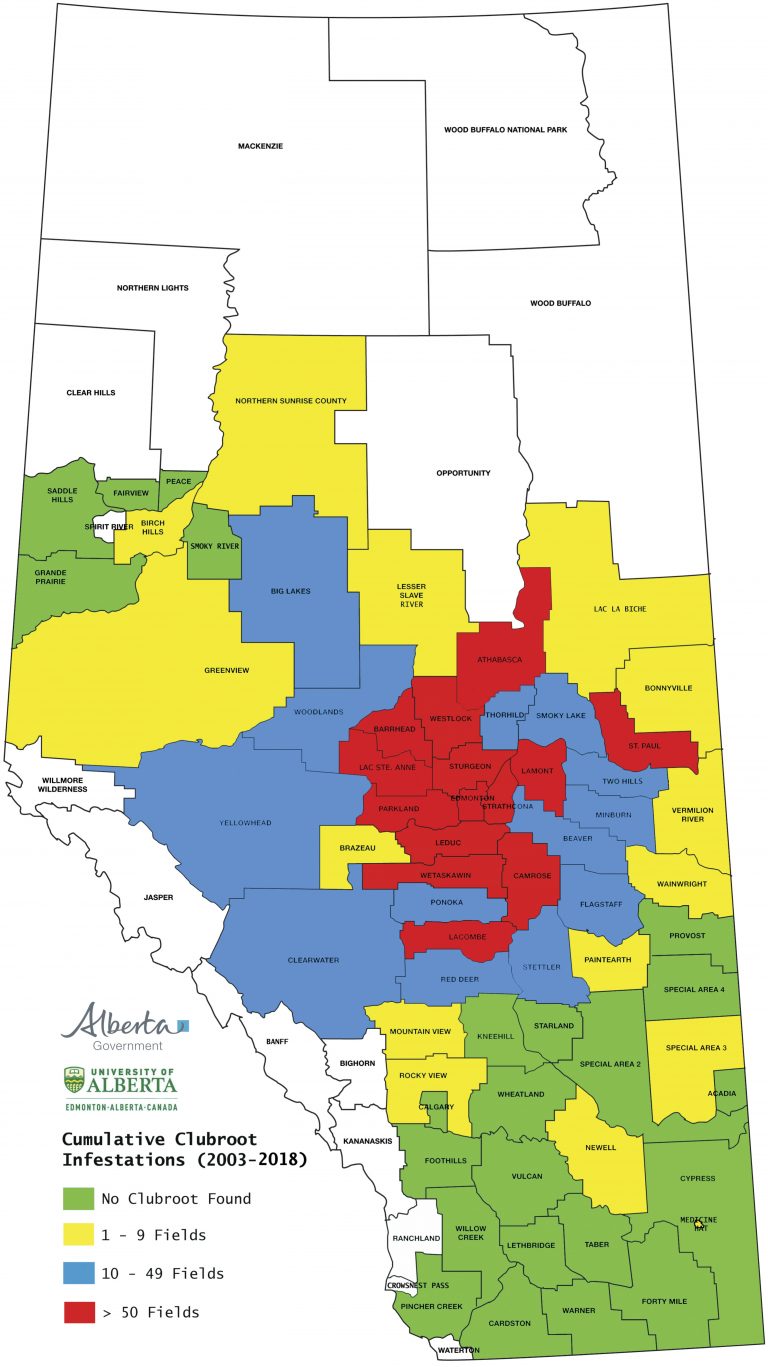 Why Does it Matter?

What are the Symptoms?

What is the Life Cycle?

How is it Controlled?

How Does 20/20 Seed Labs Inc. Test for Clubroot in Canola?

Originally developed at the University of Alberta, the test is sensitive enough to detect 1,000 resting spores per gram of soil, or approximately 10 to 100 times lower than the inoculum level at which clubroot symptoms are thought to occur. Essentially, this test provides an early warning of clubroot before economic losses occur. Some details are:

If you suspect clubroot in your fields and would like to do this test on your soil or plant tissue, please see How to Submit Samples for Testing, or contact us for more information.